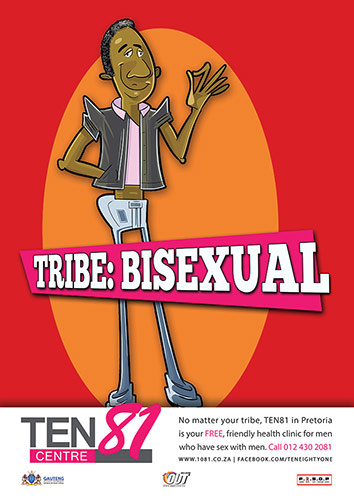 High resolution images of the various “Tribe” characters are available on request from debarrosl@out.org.za.

ABOUT OUT LGBT WELL-BEING

OUT LGBT Well-being has been providing services to the South African LGBT community for more than 21 years. OUT offers sexual health and psychosocial services; conducts research; trains mainstream services to meet the needs of their LGBT clients; and lobbies for LGBT equality. OUT is registered with the Department of Social Development as a non-profit organisation.