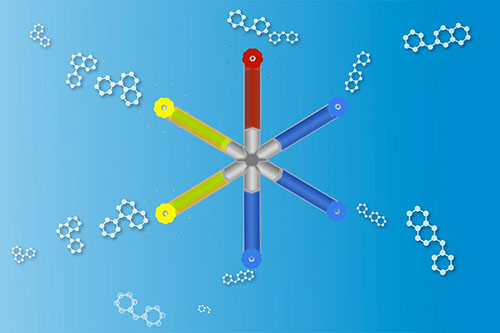 Scientists from Brigham and Women’s Hospital and the Massachusetts Institute of Technology have developed a once-weekly pill package that stays in the stomach to deliver a gradual long-lasting dose of medications to combat HIV.

Studies have shown that around 50% of patients do not take medicine for chronic diseases or conditions as prescribed, thereby reducing the effectiveness of treatment.

Still in the research phase, the new medicine delivery method could help reduce non-adherence by patients and help ensure that they stay healthy, further eliminating the risk of passing on the virus.

“These slow-release dosage systems perform equal or better than the current daily doses for HIV treatment in preclinical models,” said C. Giovanni Traverso, MB, BChir, PhD, a gastroenterologist and biomedical engineer in the Division of Gastroenterology at BWH and an Assistant Professor of Medicine at Harvard Medical School.

The star-shaped weekly pill could also be used for PrEP (medicine to prevent HIV) by people who are HIV negative but are at higher risk of infection, such as men who have sex with men.

Conversion from a daily to weekly dose could improve the efficacy of PrEP by up to 20 percent, the researchers said. Computer models of populations in South Africa showed that implementing the new dosage form has the potential to prevent 200,000 to 800,000 new infections over the next 20 years.

The team built on a design they had developed in 2016 of a capsule that, once inside the stomach, unfolds into a star-shaped structure too large to pass through the pylorus – the connection between the stomach and the small intestine – yet designed to allow food to continue passing through the digestive system.

The arms provide rigidity, and the capsule contains polymers and other materials to allow the drug to diffuse out slowly over time. After all of the drugs are released over a week, the capsule is designed to break down into smaller components that are able to pass through the digestive tract.

The newly designed pill can hold multiple drugs at one time, accommodating a different medication on each of its six arms. Researchers tested the concentration profiles for each of the doses over time in a pig model, and measured the presence of each drug in the bloodstream in the week following ingestion.

Simulations of viral dynamics and patient adherence patterns showed that this new system could not only reduce therapeutic failures, but also prevent thousands of new HIV cases.

The team is now working to scale up and validate results from preclinical models to translate this potential therapy to patients. The research was published in Nature Communications.