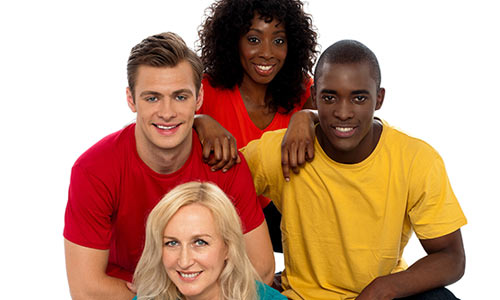 On 24 September 2013, the Psychological Society of South Africa (PsySSA) adopted a groundbreaking position statement that aims to transform and redress silences in South African psychology in relation to sexual and gender diversity.

This initiative is an African one. While South Africa has legal frameworks in its Constitution that provide for the protection of the rights of lesbian, gay, bisexual, transgender and intersex (LGBTI) people, other African countries, such as Uganda and Nigeria, still practice active state-sanctioned discrimination, prosecution and persecution against LGBTI individuals.

Even with protections in place, LGBTI people in South Africa continue to suffer from the harmful effects of prejudice and stigmatisation still prevalent in society; preventing them from enjoying equal rights in everyday life. The list of transgressions against LGBTI people range from everyday experiences of discrimination to human rights violations, hate crimes against sexually and gender non-conforming minorities, and high levels of gender-based violence generally.

Currently, healthcare practices do not adequately take into consideration the needs of different people and groups. To address some of these problems and thereby make a contribution to both social justice and the well-being of all, PsySSA’s position statement provides psychology professionals with an affirmative view of sexual and gender diversity that has historically been excluded from discussions on psychological well-being.

The statement also offers a framework for understanding the challenges LGBTI individuals face in patriarchal and heteronormative societies that discriminate on the basis of sexuality and gender. The statement thus supplements the harm-avoidance approach in the South African Health Professions Act.

The development of the position statement has been informed by work done by a number of professional associations worldwide. The South African working group of 24 members consisted of psychology professionals and mental health practitioners from South Africa and representatives from Cameroon, Nigeria, Tanzania and Uganda.

Their task was to develop appropriate statements and guidelines for affirmative practice, specifically for the African continent. In developing the position statement, there has been a heavy reliance on the growing field of South African LGBTI work from all academic fields, post 1994.

The position statement was developed from an affirmative stance towards sexuality and gender. This means that LGB sexualities are recognised as normal and natural variances. Thus, sexual diversity is not seen as the cause of psychological difficulties or pathology.

1. Respect the human rights of sexually and gender diverse people, and be committed to non-discrimination on the basis of sexuality and gender, including but not limited to sexual orientation, gender identity and biological variance;

2. Subscribe to the notion of self-determination, including having the choice of self-disclosure (also known as ‘coming out’) of sexual orientation, gender diversity or biological variance;

3. Acknowledge and understand sexual and gender diversity and fluidity, including biological variance;

4. Be aware of the challenges faced by sexually and gender diverse people in negotiating heteronormative, cisgendered and other potentially harmful contexts;

5. Be sensitised to the effects of multiple and intersecting forms of discrimination against sexually and gender diverse people, which could include discrimination on the basis of gender; sexual orientation; biological variance; socio-economic status, poverty and unemployment; race, culture and language; age and life stage; physical, sensory, and cognitive-emotional disabilities; HIV and AIDS; internally and externally displaced people and asylum seekers; geographical differences such as urban/rural dynamics; and religion and spirituality;

6. Have an understanding of stigma, prejudice, discrimination and violence and the potential detrimental effect of these factors on the mental health and well-being of sexually and gender diverse individuals;

7. Recognise the multiple and fluid sexual and gender developmental pathways of all people from infancy, childhood and adolescence into adulthood and advanced age;

8. Understand the diversity and complexities of relationships that sexually and gender diverse people have, which include the potential challenges:

(a) Of sexually and gender diverse parents and their children, including adoption and eligibility assessment;
(b) Within families of origin and families of choice, such as those faced by parental figures, caregivers, friends and other people in their support networks, for example in coming to terms with the diversity, non-conformity and/or minority status of their sexually and gender diverse significant other; and
(c) For people in different relationship configurations, including polyamorous relationships.

10. Support best practice care in relation to sexually and gender diverse clients by:

(a) Using relevant international practice guidelines in the absence of South African–specific guidelines;
(b) Cautioning against interventions aimed at changing a person’s sexual orientation or gender expression, such as ‘reparative’ or conversion therapy;
(c) Opposing the withholding of best practice gender-affirming surgery and treatment and best practice transgender healthcare  as outlined by the World Professional Association for Transgender Health; and
(d) Encouraging parents to look for alternatives to surgical interventions in the case of intersex infants, unless for pertinent physical health reasons.

11. Practitioners should be aware of their own cultural, moral or religious difficulties with a client’s sexuality and/or gender identity, in which case they should disclose this to the client and assist her or him in finding an alternative psychology professional should the client so wish; and

While many challenges remain for the LGBTI community in South Africa and the rest of the continent, the PsySSA position statement is a step forward in ensuring that non-conforming sexual orientations and gender identities are not seen as pathologies. This means that LGB sexualities are recognised as normal and natural variances.

Instead, the true illnesses that must be tackled are discrimination, stigma and violence and their effects.

This article is based on: Victor, C.J.; Nel, J.A., Lynch, I. & Mbatha, K. 2014. The Psychological Society of South Africa sexual and gender diversity position statement: Contributing towards a just society. South African Journal of Psychology: Special 20th Anniversary Edition. It flows from a collaboration between OUT LGBT Well-being and UNISA Department of Psychology’s Community Engagement Project.