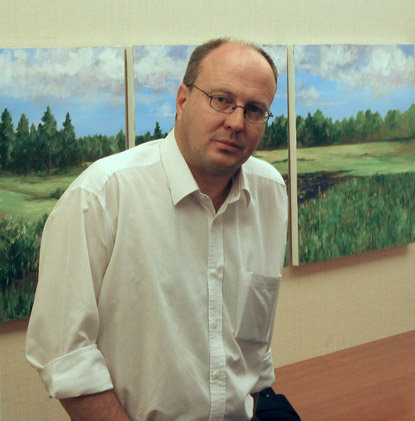 REMEMBERING GERALD KRAAK – THE VISION & LEGACY OF AN EXTRAORDINARY MAN

It is no exaggeration to say that the sector as we know it would not have been possible without Gerald’s vision, courage and determination. As the head of the South African office of Atlantic Philanthropies, Gerald was responsible for a major shift in the funding landscape, one that reinvigorated and forever altered our movement. Remarkably, Gerald also found the time to write a novel, Ice in the Lungs, which was the joint winner of the 2005 EU Literary Award and to direct a landmark documentary, Property of the State: Gay Men in the Apartheid Military (2003).

When Gerald became part of the funding sector in the mid-1990s, very few donors were willing to support the then-nascent LGBTI movement. At the time, most regarded sexuality and gender rights as secondary to the ‘big’ issues facing the new South Africa. This attitude was mirrored in the politics of the day: in a country plagued by racial inequality, economic disparity and violence, the ‘gay and lesbian question’ was viewed at best with suspicion and at worst with contempt and revulsion.

Gerald Kraak thought differently. He believed that South Africa’s transformation would not be possible unless all people – including LGBTI persons – could access their human and socio-economic rights. His broad vision for social justice encompassed all South Africans – from migrants and refugees to farm workers to activists fighting for freedom of information.

But Gerald did more than offer financial assistance to a fledgling movement: his foresight created space for a crucial transformation to take place. Through Gerald’s support, particularly after joined Atlantic Philanthropies in the early 2000s, new organisations were able to emerge and existing groups were able to re-evaluate their approach. The impact the funding Gerald provided is apparent in the new generation of black community leaders, specifically those from townships and rural areas, who came to the fore during this period.

In 2008, Gerald himself reflected on the shape of the LGBTI movement during the early years of our democracy:

LGBTI organisations were concentrated in urban areas. They were typically strapped for cash, crisis-driven, run by small, committed activist staffs, and sometime lacked professional capacity to carry out their programmes and relied on one or two donors for support … More problematically, the public face of the community was largely white, male and middle class.

Gerald understood that this situation would not change without sustained and strategic investment. He recognised the need for organisations to be provided with a level of funding that allowed not only for programmatic activities but also for growth and development. The ensuing support permitted the movement to reappraise its values and goals, and to begin working in a more strategic and coordinated fashion. In his own words, Gerald described his approach as ‘less about an injection of cash into an impoverished sector than a synergy between targeted funding and imperatives within the movement itself’.

The significance of this approach, of funding according to strategic outcomes, is evident in the 2006 adoption of the Civil Union Act. Gerald played a crucial role in channelling funds towards the same-sex marriage cause, ultimately allowing for the advocacy campaign that made this historic moment possible. Indeed, without the support of Atlantic Philanthropies, it is very unlikely that the Joint Working Group would have been able to advocate for legislative reform or to successfully lobby the ANC leadership.

It is also through Gerald’s expansive vision that transgender and intersex struggles became included in the broader LGBTI agenda in South Africa. With his support, for the first time, transgender activists could formalise themselves and create strong organisations. This validation contributed towards shifting the transgender movement from the margins.

When Atlantic began its phased withdrawal from South Africa, Gerald acted to ensure sustainability of the movement. More than any other person, he was crucial in the establishment of the Other Foundation. In its first year, the fund has already demonstrated its commitment to advancing the rights of LGBTI people in Southern Africa. None of this would have been possible with Gerald’s tireless work.

While the impact of Gerald’s vision is indisputable, he would be the first to argue that we still have a long way to go. Over the last few years, Gerald continued to urge the LGTBI sector to build alliances with other movements and to engage strategically with political parties, trade unions and mainstream faiths. Such an approach, he argued, would highlight the connections between our struggles while also helping to increase visibility of our communities. For many organisations, this strategy has shaped our current and future activities.

There are very few LGBTI organisations that have not benefited from Gerald’s dream of a better world. It is because of his courage to support an overlooked sector that our movement exists in the form that it does. Gerald’s refusal to take the easy approach, his insistence on allowing organisations to develop on their own terms, has left a lasting legacy on our movement and on South Africa. We still have a long road ahead in the struggle for sexuality and gender rights, but we are closer than ever to realising the freedoms of our Constitution.

We thank you, Gerald, for all that you have done to make this world a better place.