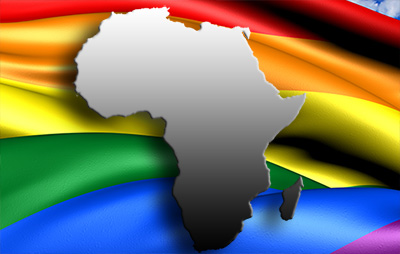 This comes amidst an onslaught of abuse against LGBTI people on the continent. Thirty eight African countries criminalise homosexuality, and some, such as Nigeria and Uganda, have recently passed harsher anti-gay legislation or are making moves to do so.

A recent report recorded 162 attacks against LGBT people in Uganda since December last year, when the Ugandan Parliament passed the Anti-Homosexuality Act; an increase of more than 750%.

There has also been a spike in incidents, in countries such as Cameroon, where LGBTI activists have been targeted with death threats and attacks. The Ugandan government is considering new legislation that would ban NGOs that support the LGBTI community.

In the resolution, the commission noted that the African Charter on Human and Peoples’ Rights prohibits discrimination against individuals and entitles them to equal protection of the law, to respect of their life and the integrity of their person, and prohibits torture and other cruel, inhuman and degrading treatment or punishment.

The commission expressed its alarm “that acts of violence, discrimination and other human rights violations continue to be committed on individuals in many parts of Africa because of their actual or imputed sexual orientation or gender identity.”

The commission also expressed alarm at violence, human rights violations and abuses by governments and individuals against human rights activists and civil society organisations working in the LGBTI field.

It said it was “deeply disturbed” by the failure of law enforcement agencies to diligently investigate and prosecute perpetrators of violence and other human rights violations against LGBTI people.

The commission called on governments to ensure that LGBTI human rights activists are able to work in environments that are free of stigma, reprisals or criminal prosecution.

The body further urged governments to end all acts of violence and abuse against LGBTI people including “by enacting and effectively applying appropriate laws prohibiting and punishing all forms of violence including those targeting persons on the basis of their imputed or real sexual orientation or gender identities, ensuring proper investigation and diligent prosecution of perpetrators, and establishing judicial procedures responsive to the needs of victims.”

It’s unclear what impact the resolution will have on anti-gay legislators, religious leaders and governments or on the lives of LGBTI Africans that continue to live under oppressive conditions.