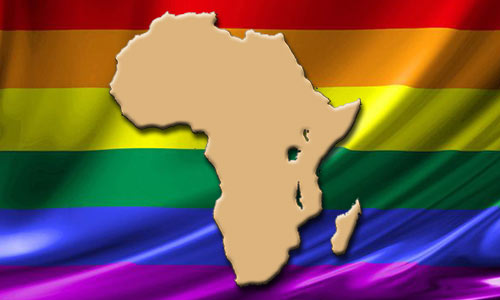 This according to Amnesty International, which on Tuesday launched a comprehensive report documenting the discrimination faced by lesbian, gay, bisexual, transsexual and intersex (LGBTI) people on the continent.

Making Love a Crime: Criminalization of same-sex conduct in sub-Saharan Africa looks at how “homosexual acts” are being increasingly criminalized across Africa as a number of governments seek to impose draconian penalties or broaden the scope of existing laws, including by introducing the death penalty.

“These attacks – sometimes deadly – must be stopped. No one should be beaten or killed because of who they are attracted to or intimately involved with,” said Widney Brown, Amnesty International’s director of Law and Policy.

“In too many cases these attacks on individuals and groups are being fuelled by key politicians and religious leaders who should be using their position to fight discrimination and promote equality.”

Homosexuality, often characterized as “unnatural carnal acts” or “acts against the order of nature”, is currently a crime in 38 countries in sub-Saharan Africa.

The report reviews the current state of legal provisions across the continent and how these laws adversely affect LGBTI Africans. Individuals interviewed by Amnesty International spoke of their daily struggle to survive discrimination and threats. The report contains specific cases from Uganda, Kenya, South Africa and Cameroon.

Even in countries where criminalization laws are not enforced, their existence provides opportunities for abuse, including blackmail and extortion, by police and members of the public.

In Kenya, individuals told Amnesty International that sometimes the police threaten to arrest them under provisions in the penal code related to same-sex relations in order to elicit a bribe. Extortionists also use the existence of these laws to demand money or goods in exchange for not revealing real or even made-up private details to the media, community or police.

“The very existence of laws criminalizing same-sex relations – whether they are enforced or not – sends a toxic message that lesbian, gay, bisexual and transgender people are criminals and have no rights,” said Widney Brown.

“These poisonous laws must be repealed and the human rights of all Africans upheld.”

Uganda’s much publicized Anti-Homosexuality Bill still hangs over the LGBTI community. It has been re-introduced to Parliament several times since 2009, frequently coinciding with periods of widespread unrest about rising fuel and food prices. The Bill seeks to impose the death penalty for ‘aggravated’ homosexuality and would criminalize anyone in the country who does not report violations of the Bill’s wide-ranging provisions.

ational and religious leaders in Africa often frame “homosexual acts” as a western import, alien to African culture. However, most of the laws criminalizing same sex activity in Africa are a direct legacy of colonialism and it is the religious right in Western countries like the US who actively fund and promote homophobia in Africa.

In many instances, media reports also stir up and inflame hostility towards people not conforming to heterosexual norms, often putting individuals at risk. A photograph of LGBTI activist David Kato was printed on the front page of Rolling Stone magazine in Uganda in 2010 next to a headline reading “Hang them”. Just a month later, he was killed in his home.

In South Africa, Amnesty International has documented a persistently high number of rapes and murders against the LGBTI community even though same sex conduct is not criminalized and the country boasts one of the most progressive constitutions in the world, including promoting the rights of LGBTI individuals.

Between June and November 2012 at least seven people, five of them lesbians, were murdered in what appears to be targeted violence related to their sexual orientation or gender identity.

“It is time that African states stopped demonizing individuals because of their sexual orientation and gender identity. Human rights are about the dignity and equality of all people,” said Widney Brown.

“As the chorus for recognition grows stronger and stronger, African states have to stop denying that homophobia is a human rights issue and recognize that LGBTI rights are an integral part of the human rights struggle. It is their responsibility to protect, not persecute.”