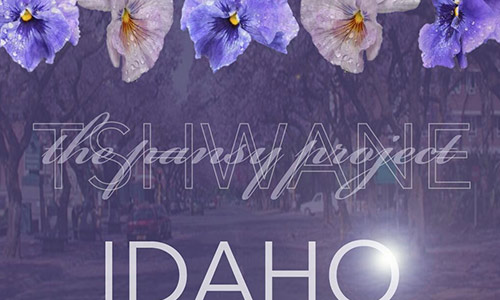 The day also marks the International Day Against Homophobia and Transphobia (IDAHO).

The International Day Against Homophobia and Transphobia (IDAHO) was created in 2004 to draw the attention of policymakers, opinion leaders, social movements, the public and the media to the issues of legal discrimination, homophobia and transphobia.

The date of 17 May was specifically chosen to commemorate the declassification of homosexuality as a mental disorder in 1990. IDAHO is celebrated in more than a 100 countries and participants include LGBTI organizations, governments, cities, human rights organisations, corporations and celebrities.

OUT LGBT Well-being will remember lesbian, gay, bisexual and transgender individuals who have experienced homophobia and hate crimes/incidents in South Africa by planting pansies on the pavement in front of its office building in Hatfield.

The Pansy Project was created by UK artist Paul Harfleet who plants pansies near the sites of homophobic attacks as a gesture of quiet resistance.

On Friday, the following individuals in particular will be remembered as OUT played an active role in addressing the various forms of discrimination against them and the LGBT community at large:

• The nine gay men who have been murdered in Gauteng and two gay men who have been murdered in the Western Cape;
• Deric Mazibuko, who was severely assaulted in 2007 in a tavern in Germiston;
• Francis and Liani Buitendag, who were unfairly discriminated against when they wanted to have their wedding celebration at a function venue in Alberton;
• Zoliswa Nkonyana, a 19-year old lesbian woman who was brutally murdered in 2006;
• Daisy Dube, who was shot and killed in Yeoville in 2008 because of her gender identity.

Dawie Nel, the Director of OUT, said: “There are concerning levels of prejudice in South African society and progressive forces need to speak out and take action to ensure freedom for all”.

OUT invites all role-players within the LGBT sector and the LGBT community to become part of this project.

Artist Paul Harfleet from the United Kingdom plants pansies at the site of homophobic abuse. The artist began planting pansies to mark his own experience of homophobia on the streets of Manchester (UK). Paul finds the nearest source of soil to where the incident occurred and generally without civic permission plants one unmarked pansy. The flower is then photographed in its location and posted on a website. The image is entitled after the abuse. Titles reveal a frequent reality of experiences which often goes unreported to authorities and by the media. This simple action operates as a gesture of quiet resistance (source: www.thepansyproject.com)