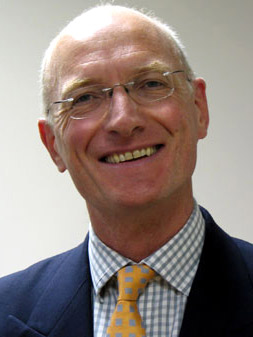 In an open letter, Justice Cameron comments that “rights for LGBTIQ people in our country and on our continent are in a tough spot”.

He explains that LGBTIQ groups in South Africa are facing difficult times following the withdrawal of the Atlantic Philanthropies foundation, which had previously funded many of these organisations.

Justice Cameron goes on to focus on the Out In Africa Gay & Lesbian Film Festival, which, he says, “…faces calamity.”

“If we don’t start helping the Gay & Lesbian Film Festival, its presence in Johannesburg, Cape Town, Ermelo, Mafikeng, Kimberley, Port Elizabeth, East London and beyond will peter out.”

In the letter, Justice Cameron urges members of the LGBT community to sign on to the MySchool card scheme or link their existing MySchool card to the Out In Africa Film Festival.

When making purchases using a MySchool or MySchool-linked Woolworths card, a percentage of the total money spent is allocated to the purchaser’s chosen charities, at no cost to him or her.

The next Out in Africa Film Festival event is set to take place in April (12 April to 21 April) in Johannesburg and Cape Town, but the organisation has warned that it currently has no funding to continue running the event thereafter.

To find out how you can help the Out In Africa Gay & Lesbian Film Festival visit the festival’s website at http://www.oia.co.za/news/myschool/.

Below is Justice Cameron’s full letter:

Rights for LGBTIQ people in our country and on our continent are in a tough spot. We worked hard to get “sexual orientation” into the Constitution – and we succeeded. We made history, when South Africa became the first country, anywhere, expressly to enshrine protection for gays, lesbians, bisexual, transgender, intersex and queer people.

But the Constitution created an ideal – a vision – a dream. It did not guarantee an instant reality of equality and non-discrimination for LGBTIQ or other people in SA.

Elsewhere in Africa, things are even worse. With ferocious intensity, African lawmakers and governments are cracking down on gays and lesbians.
We may have constitutional protection, but we need an active movement to secure our rights, in our country and elsewhere in Africa./P>

Our struggle is continent-wide, since until all LGBTIQ people in Africa are safe, and equal, none of us can feel safe or content. And, most crucially, we need voices, and faces, and visibility.

Silence and invisibility have been gays’ and lesbians’ foes everywhere. They bring ignorance, fear, hatred and oppression. But when we speak out, come out, claim our rights, our families and our friends and colleagues and neighbours can recognise and support us.

In our country, LGBTIQ organisations work very hard against discrimination. They engage with government and decision-makers and rally support for equality, rationality and justice. They record our histories, tell our stories, and help ensure a healthy, happy and confident community that is visible – and safe in being visible.

One of Atlantic’s most visible and successful projects is Out In Africa, the Gay & Lesbian Film Festival. Without Atlantic support, OIA faces calamity.

If we don’t start helping the Gay & Lesbian Film Festival, its presence in Johannesburg, Cape Town, Ermelo, Mafikeng, Kimberley, Port Elizabeth, East London and beyond will peter out.

So I’m writing to you. I see you as a thoughtful, interested, engaged and concerned South African. You are either LGBTIQ, or friendly to us. I’m writing to appeal for your support.

And we’re not asking very much at all.

Out In Africa has recently been included in the MySchool corporate social investment scheme. If you are a regular shopper, you probably already know about it. Businesses subscribe to MySchool. When making purchases using your MySchool or MySchool-linked Woolworths card, a percentage of your shopping total is allocated to your chosen charity.

You have the power. You can designate who should get this slice.
Apply for a MySchool card, or a Woolworths card. And make Out In Africa your beneficiary. It’s a very small effort. It costs you nothing. And it will make all the difference in our world.

My appeal to you is to include OIA as your preferred charity. There are many causes competing for our compassion and money – but there is no one who will take care of LGBTIQ people if not you.